ACTS (Assisting Community Through Service) of Hope is a ministry that provides assistance to families in our community with urgent and ongoing needs through musical events.

Professional musicians donate their time and talents to provide live music at local venues in order to raise funds and awareness for an individual or family. To date, ACTS of Hope has been able to assist over a dozen families in paying off medical expenses, covering increased deductibles, and allowing opportunities for therapies not covered by insurance. Most importantly, ACTS provides hope and support in times of need. Therefore, it is the goal of ACTS to grow by including additional musicians and venues therefore aiding families more readily. If you would like to partner with ACTS of Hope, please submit your information below. For more information on ACTS of Hope please email Pete Prochnow at: pprochnow@sllcs.org

Donate to Acts of Hope
Quaran-Tunes 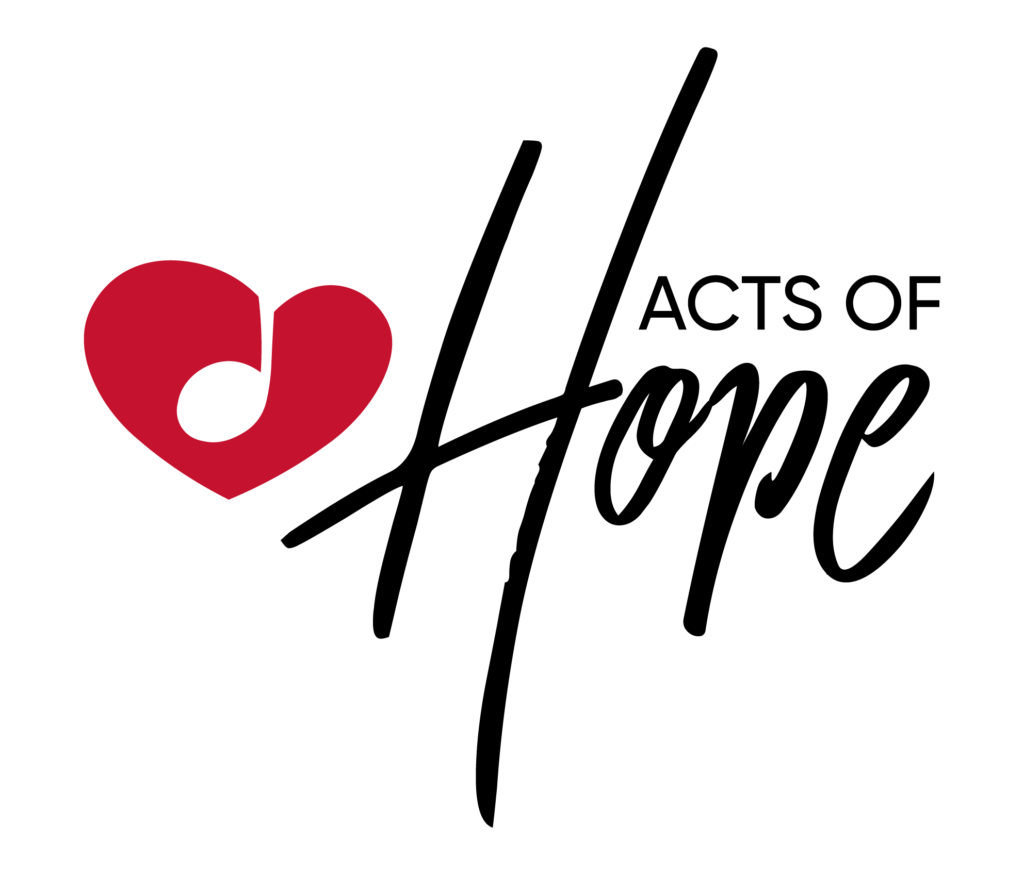 The Garces Family
Mariah and Juan Garces had Lylah when they were 18. They were married at 17 and she got pregnant shortly after. Lylah turned 8 in June. She was born with Spina Bifida as well as Cerebral Palsy. She has frequent hospital stays due to her complex medical conditions. Intensive Physical Therapy is something that Lylah benefits greatly from, but it isn't covered by insurance at all. The family greatly appreciates the financial support that has been raised for them through ACTS.
The Portnoy Family
Grayson Portnoy is in third grade and was born with Spina Bifida. Spina Bifida is where the spine doesn’t fuse properly in utero and occurs within the first few weeks of pregnancy. Spina Bifida causes paralysis in the lower extremities and due to this, strength and gait training is an ongoing part of his weekly physical therapy sessions. ACTS of HOPE blessed us with the money for Grayson to do an intensive PT session over the summer. It was amazing for us to see how much stronger he got over the course of 3 weeks of intensive sessions. Exercises he couldn’t do at the beginning, he was able to easily do by the end of the session. We are so very grateful for ACTS of HOPE and all they have done to support Grayson and our family.
The Wilkins Family
My Husband is a Police Officer and I work here at the church. We have 3 kids Luke (6), Amelia (4), and Hunter (3). Luke and Amelia have Cystic Fibrosis(CF). CF is a potentially fatal genetic disease that has no cure. It affects the whole body but is most known for Lung and digestive issues. The average life expectancy is around 30-40, which is 15 years longer than what it used to be! Their struggles include multiple hospitalizations, and home treatments (IVs, feeding tubes, etc we've done it all). ACTS of Hope was an incredible blessing and helped us cover our insurance deductible and medical expenses. We are so grateful, words cannot explain the impact it has had on our family.
The Labbadia Family
Brendan Labbadia is a spunky third grader with Duchenne Muscular Dystrophy. Duchenne is characterized by the progressive loss of muscle. It is a multi-systemic condition, affecting many parts of the body, which results in deterioration of the skeletal, heart, and lung muscles. Each stage brings about newer, more challenging circumstances. There is currently no cure for Duchenne. The heartfelt generosity of ACTS of HOPE has blessed our family in a number of ways! The donated funds went toward covering the unexpected and significant increase in our insurance deductible as well as the purchase of Brendan’s very first assistive device to help him get around school easier. Recently Brendan expressed interest in such a device to help conserve his energy so that he can be fully participate in PE and recess. We feel very fortunate that we were able to fulfill his request! Our family is forever grateful to ACTS of HOPE and the beautiful blessing that they provided our family.

ACTS in the News 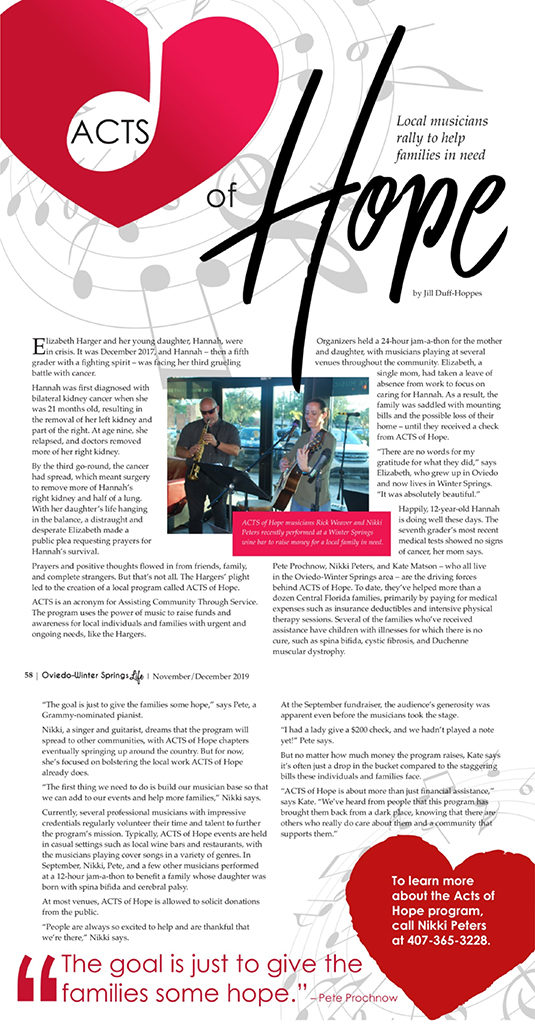 Originally from upstate New York, Nikki was raised in a musical family where she began playing violin at age seven. Currently, Nikki serves as the Assistant Director of Worship Arts at St. Luke’s Lutheran Church. As a solo artist, she finds inspiration from Joy Williams and Nichole Nordeman, among many others. She has been a part of ACTS of Hope for over two years. Learn more at www.NikkiPetersMusic.com 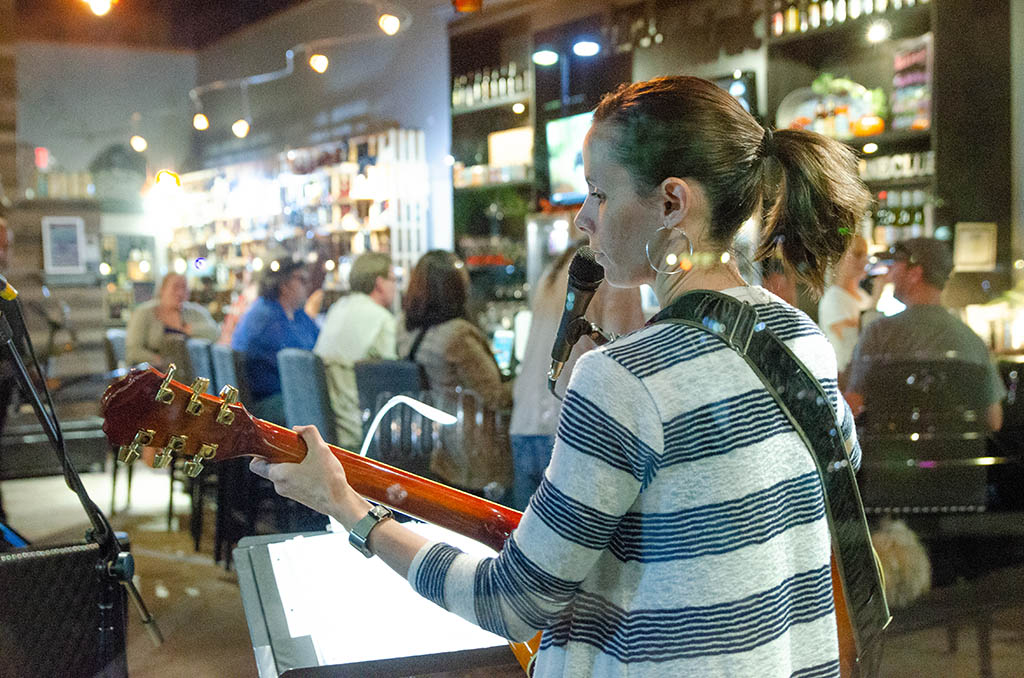 Nikki PetersGuitarist, Vocalist, Violinist
Growing up in Queens, New York, Greg Eyma’s musical repertoire draws from a wide spectrum of musical genres including rock, pop, R & B and even country stretching from the ‘60’s to the present. Currently based in Orlando, Greg performs in a variety of Central Florida venues. For more information visit www.GregEyma.com 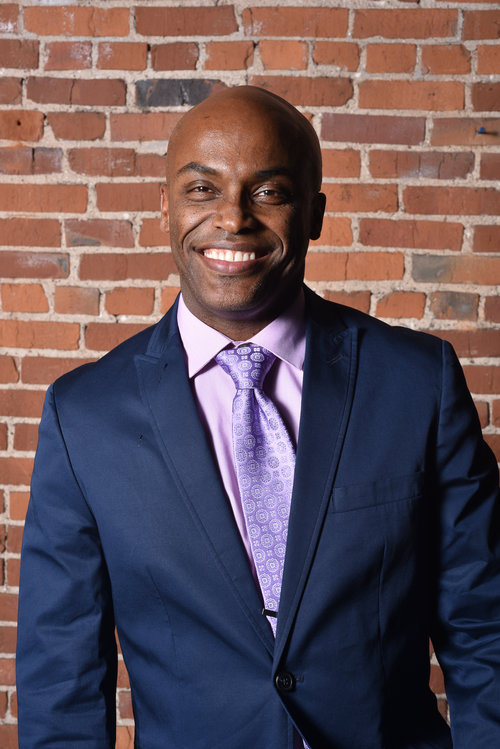 Greg EymaVocalist, Guitarist
Kirk is currently the Coordinator of Undergraduate Studies for the Music Department and an Associate Instructor of Music at the University of Central Florida. He teaches student lessons for the percussion studio and directs “Black Steel” the UCF steel drum ensemble. Kirk received his Bachelor’s Degree in Percussion Performance from Northern Illinois University and his Master’s Degree in Timpani Performance from the Cleveland Institute of Music. He is a frequent performer with the Orlando Philharmonic, Bach Festival Orchestra and the Walt Disney World Orchestra. Kirk lives in Oviedo, FL with his wife Kimberley and daughter Kenna, who is a recent graduate of St. Luke’s Lutheran School.

Kirk GayPercussionist
Russ has served the music industry in many capacities, including having founded the Osceola County School for the Arts, located in Kissimmee, Florida, which is still going strong since opening in 2003. Currently, Mr. Weaver is a freelance musician working with many Central Florida groups including a Christian Jazz Group that performs at St. Luke's Lutheran Church in Orlando. 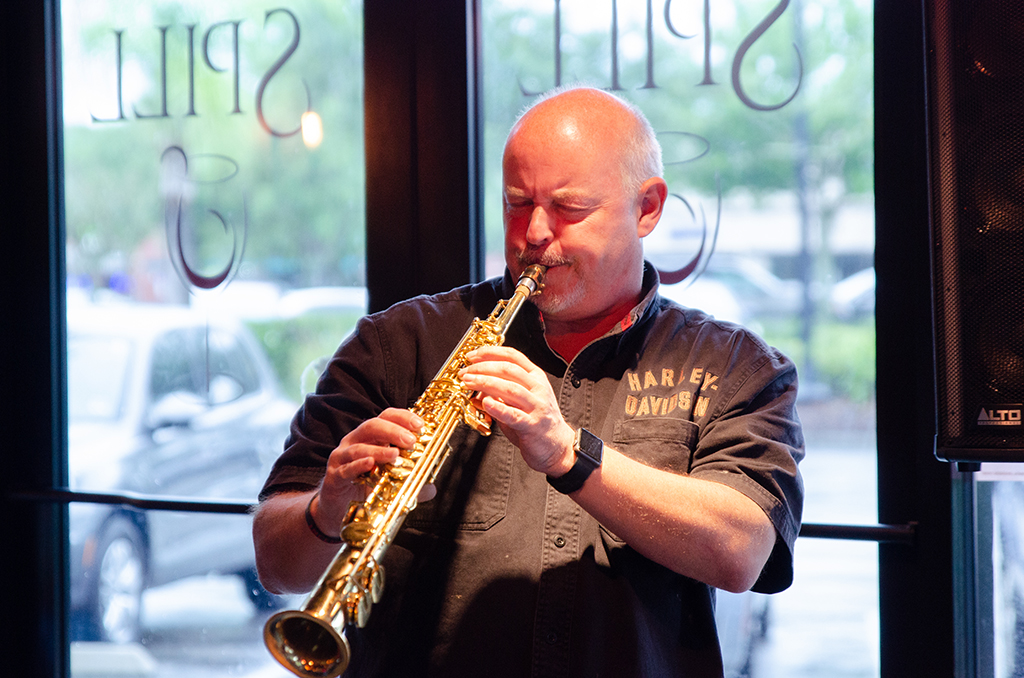 Russ WeaverComposer, Woodwind Specialist
Nate was born and raised in a small town outside of Dayton, OH. He started learning to play the Alto Saxophone at the age of 9. Nate has played as a volunteer in the St. Luke's Orchestra for four years and contributes as a musician/stage-hand/promoter with Acts of Hope Orlando whenever possible. Professionally, Nate works as a Director in the IT Staffing Industry, where he helps companies locate and hire technical talent. 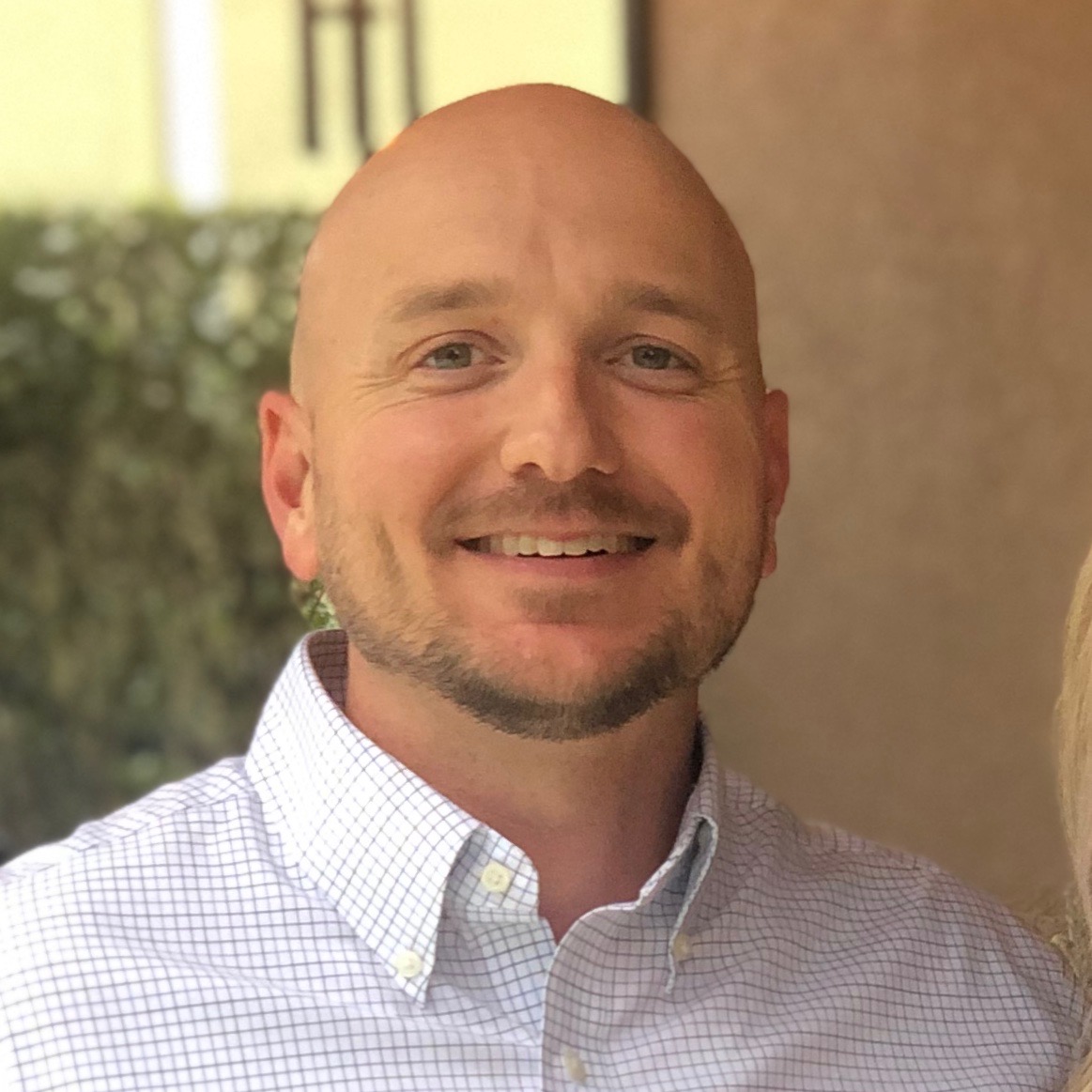 Nate HauptMusician
Rick currently serves as Director of Education Resource Management at Full Sail University in Winter Park, FL. He's responsible for the campus scheduling of 5000 students and 400 instructors involved in a variety of Entertainment and Media curriculum. Rick received his Bachelor's Degree in Percussion Performance from Texas Christian University. He has performed with the Fort Worth Symphony Orchestra, the Fort Worth Opera Association, Six Flags amusement parks, and various pop and jazz groups in Texas, California and Florida. 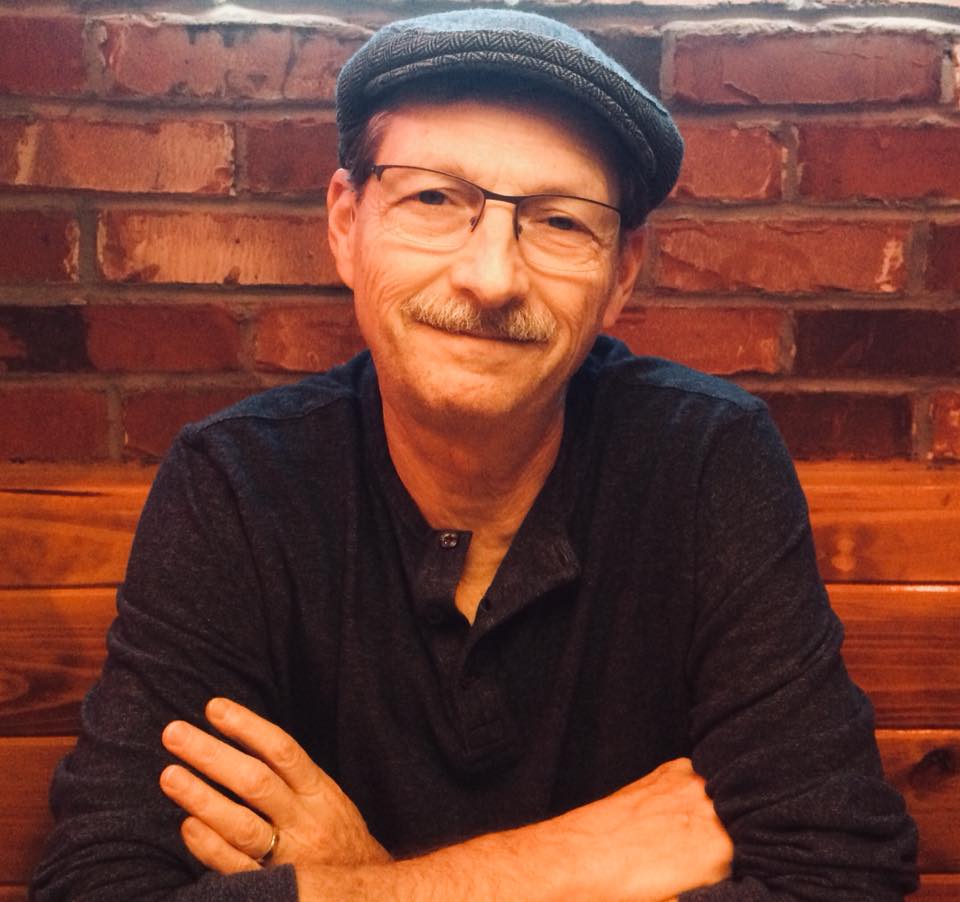 Rick HorneDrums, Percussion
Growing up in the suburbs of Chicago, Tim originally wanted to be a guitarist like his older brothers, but they informed him that the family needed a bassist. Nearly 30 years later, Tim has played both electric and upright bass in orchestras, jazz groups, chamber groups, rock bands, and musicals. He has a minor in classical bass performance from Eastern Illinois University and played professionally after graduating. Eventually ending up in the house band for Jimmy Buffett's Margaritaville in Myrtle Beach, SC and playing for corporate events in Florida. Tim ended up taking a hiatus from playing for several years until deciding to start playing at St. Luke’s. When not running a small custom wood working business, Tim enjoys playing in the praise band and Acts of Hope. 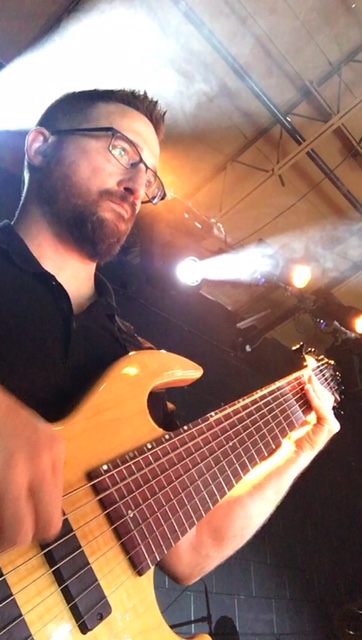 Tim Mueller
Michael is the Director of Start New for FiveTwo. FiveTwo is a ministry that equips entrepreneurs to launch a variety of sustainable start-ups that reach people for Jesus. He started his musical journey in eighth grade when he joined his first band. Throughout the years, he has played in numerous bands and worship teams, which gave him the opportunity to tour nationally and participate in 5 recording projects. 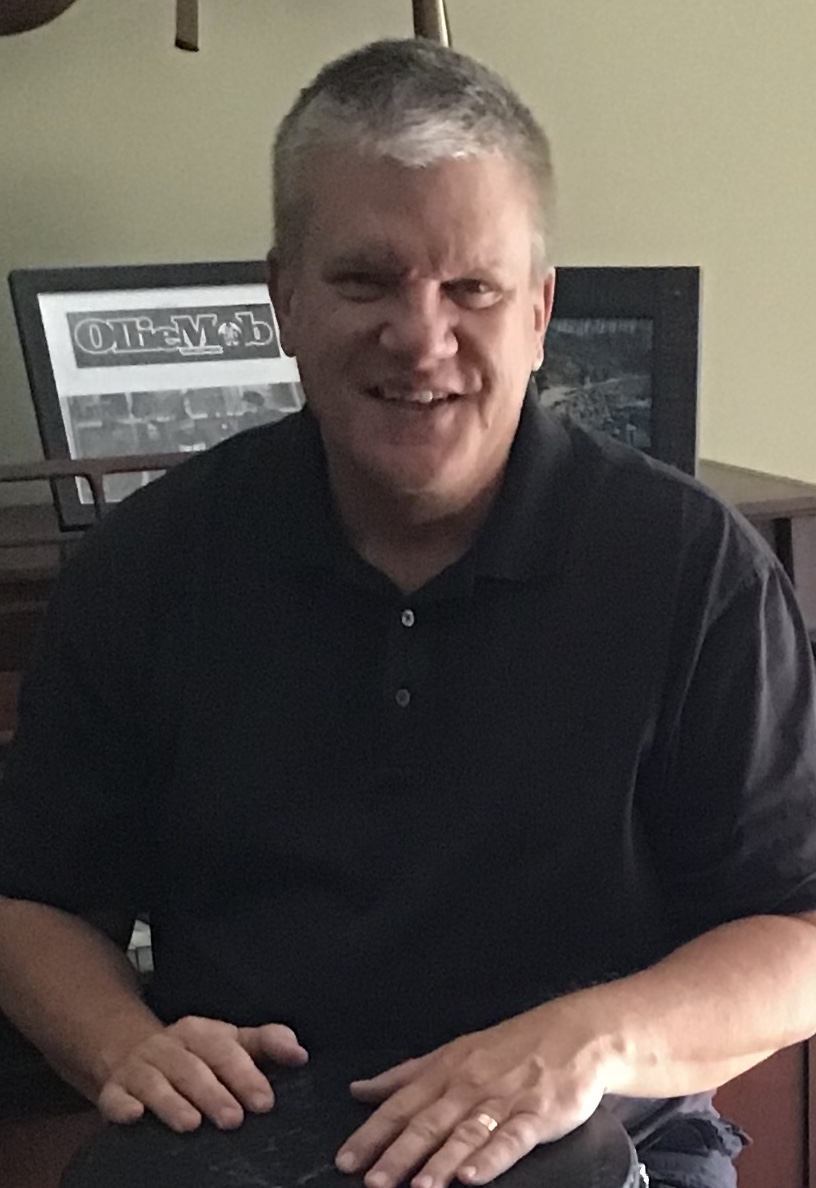 Mike Nowicki Drums & Percussion
Originally from Birmingham, AL, Zack graduated from Samford University with a degree in Exercise Physiology and then promptly relocated to Gainesville, FL in pursuit of his then-fiancee. Good news! It was worth the effort and he and his now-wife Mandy have lived in Orlando for 15 years. As things go, they made two brilliant, beautiful and exceptionally destructive children. Zack works for ADP as an HR Systems Implementation Consultant and has sung with his church band for several years. In addition to singing, Zack enjoys photography, eating food that makes him feel like a "Foodie" and finding evermore pretentious ways to make his daily coffee. 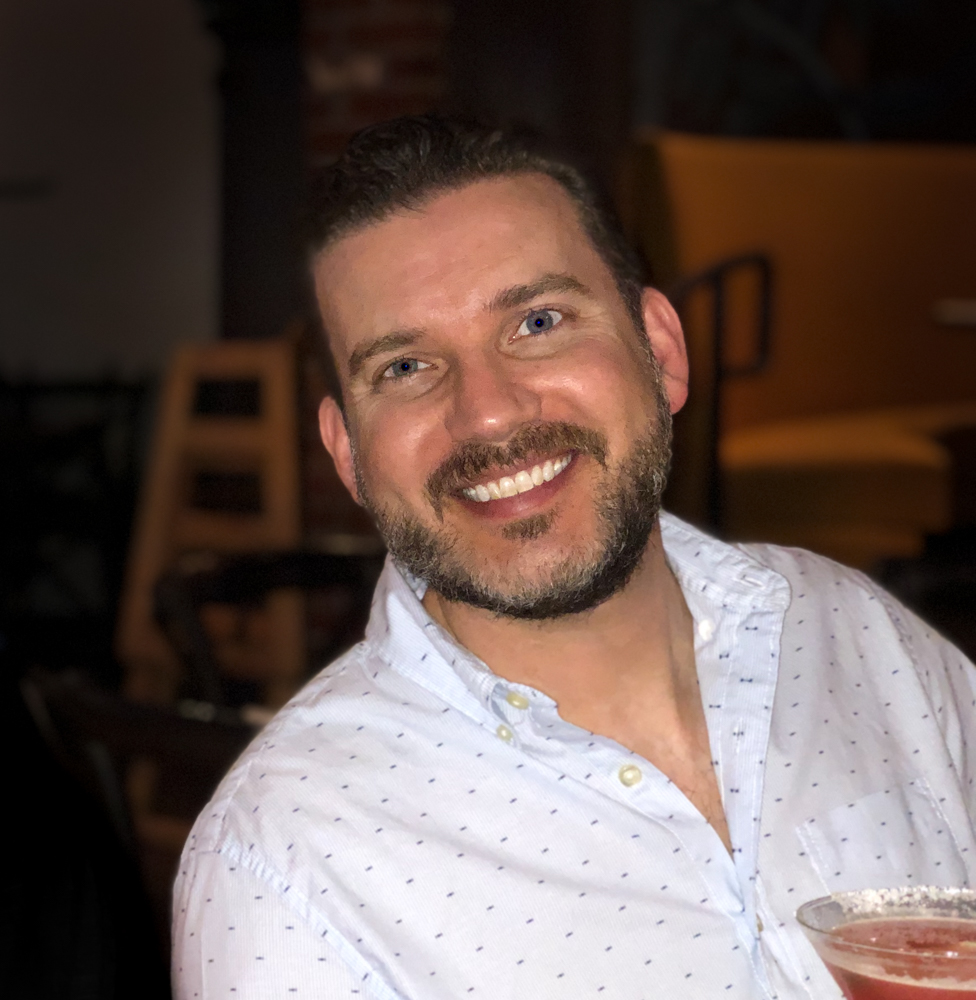 Hailing from the west suburbs of Chicago, Tony grew up attending church that allowed him to volunteer as a part of the church’s tech team for both Sunday services and youth events. He decided to take the skills that he had been taught and turn them into a career. After high school, Tony attended Tribeca Flashpoint Academy in the heart of downtown Chicago and earned a degree in Studio Recording and Audio Live Event Production. He moved to Florida the summer of 2014 after graduation to work for Disney on various special events. Since then, Tony has become a freelance audio/video technician in the Orlando area. He began his work with St. Luke’s at the end of 2016 assisting with both on and off site events. He is currently attending University of Central Florida pursuing an Electrical Engineering Degree. 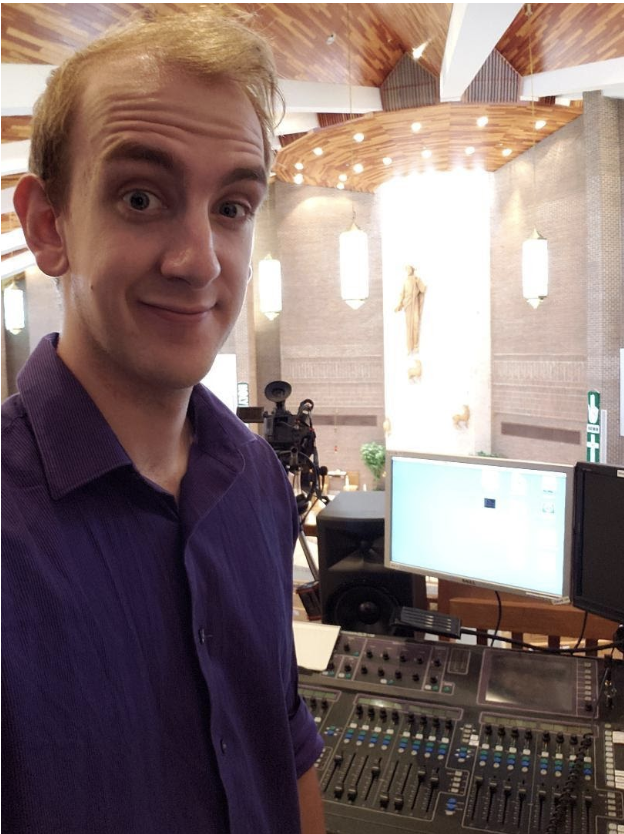 Tony ClineMedia
Kate helped to co-found ACTS of Hope in December 2017 after hearing of the needs of a child battling cancer. Since then Kate has worked closely with many ACTS families and continues to enjoy assisting with both family needs and also at musical events. Kate has been working at St. Luke’s for the past 10 years and is currently a first grade teacher. 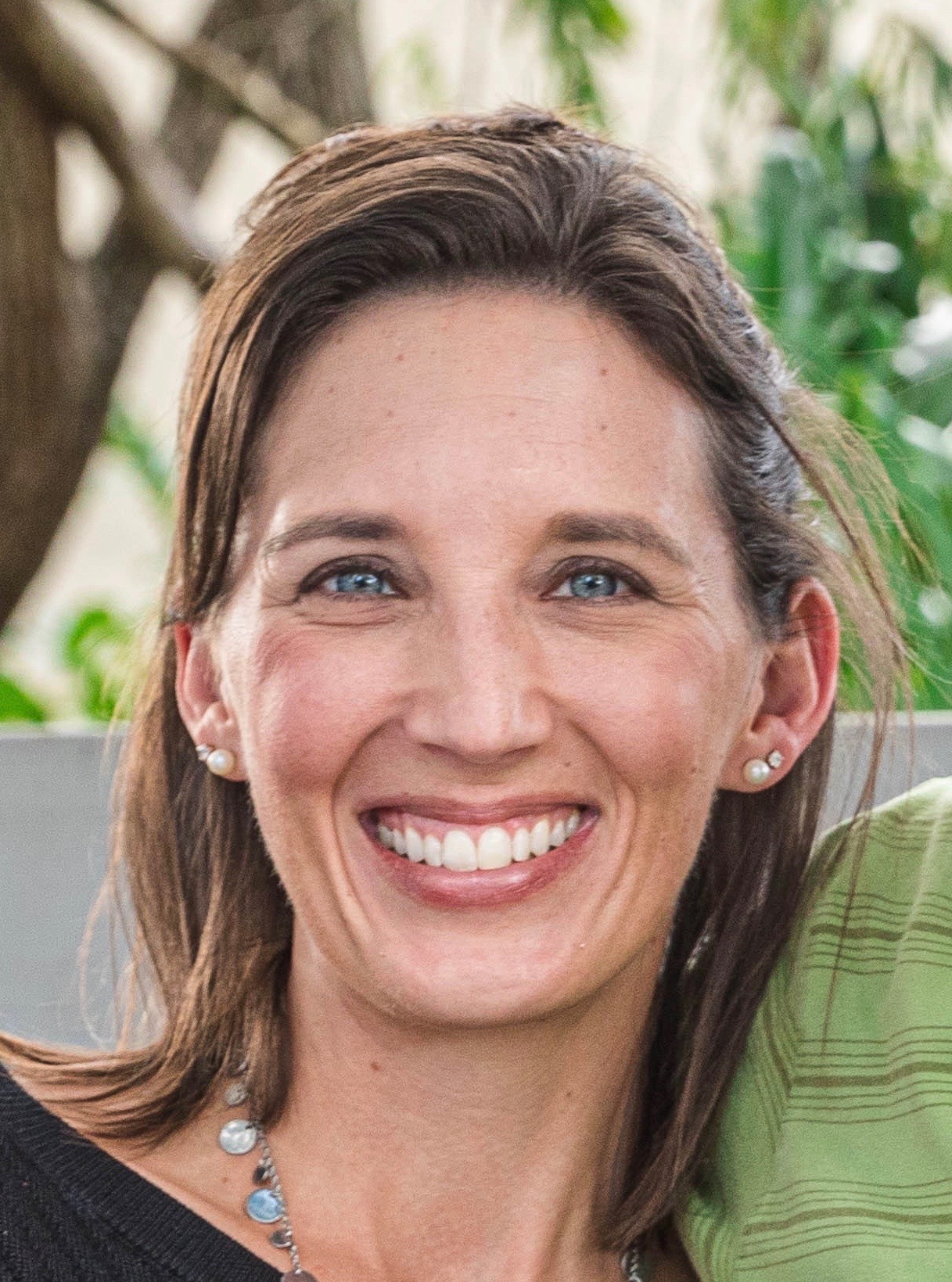 Kate MatsonLeadership
Paul Heintzen has been an audio technician at the Walt Disney World Resort in Orlando Florida since 1989. He currently serves as the Audio Crew Chief for the “Beauty and the Beast Live on Stage Show” at Disney’s Hollywood Studios. He has been involved in stage shows, special events, and other production activities at the Disney Resorts, Magic Kingdom, Epcot, Pleasure Island, and the Disney’s Hollywood studios. Outside Disney, he was the House Engineer for the Grant Park Symphony Orchestra, the first annual “Chicago Lyric Opera Concert Under the Stars” in Chicago, Illinois, and toured with the “Pipefitters with Lou Diamond Phillips”. Paul currently serves on the Production Team at St. Luke’s Lutheran Church. 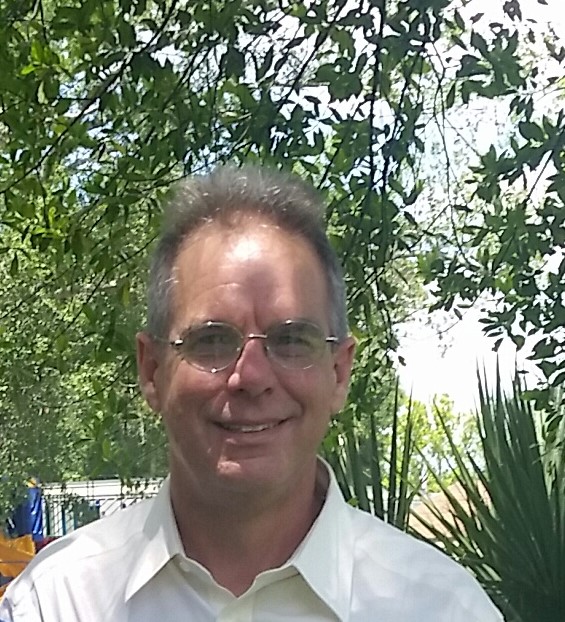 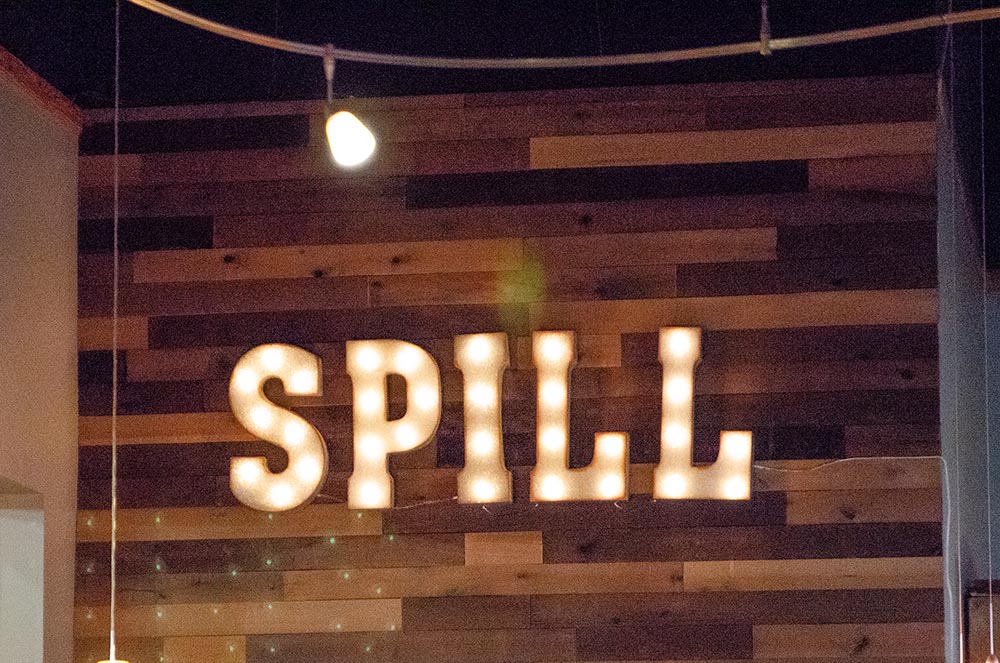 SPILL Wine BarWinter Springs, FL
Read More
We Love working with the ACTS team! It's so wonderful seeing them help our local families in need. 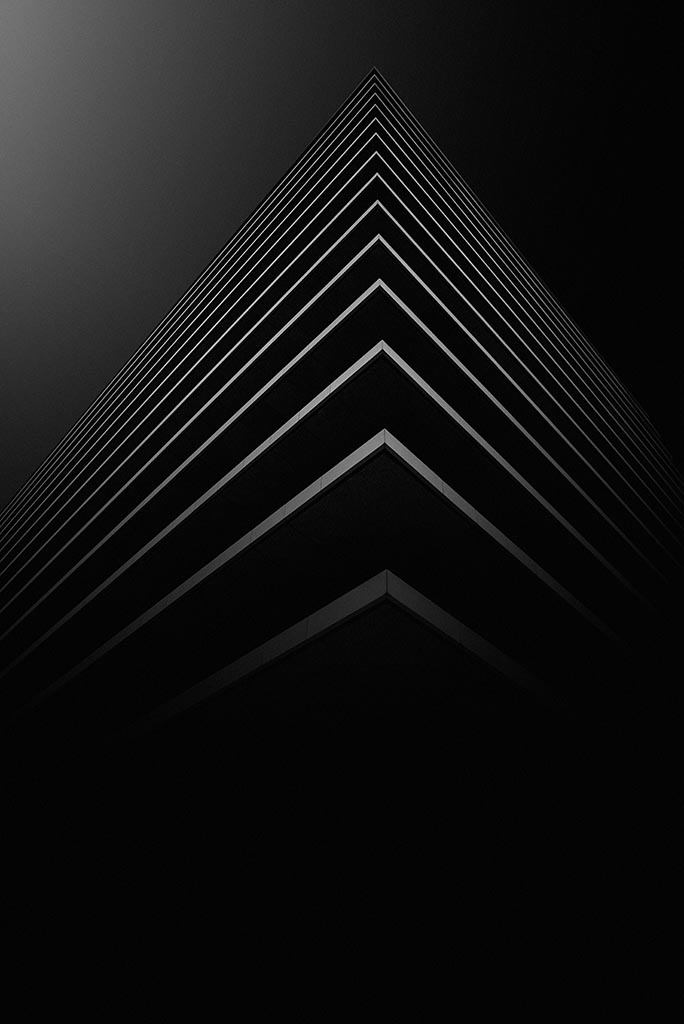 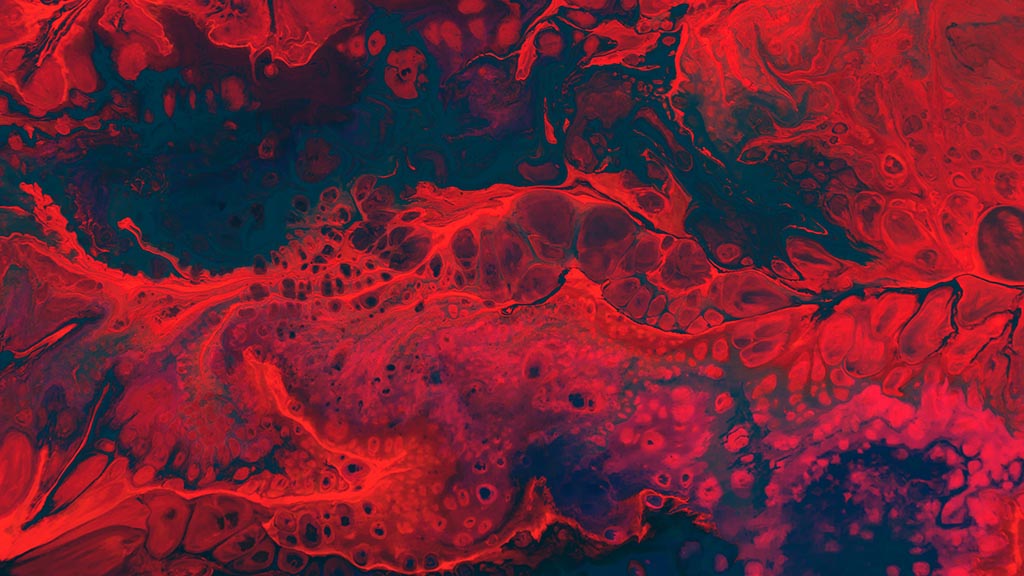 DeVine Wine & GrillOviedo, FL
Read More
We were honored to work with the ACTS of Hope team to bring music and support to the community.